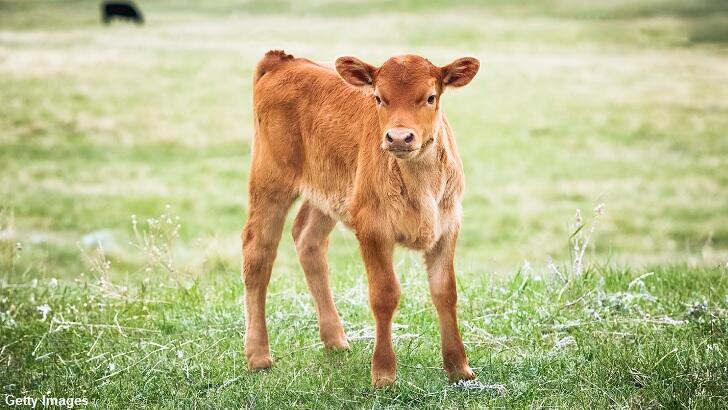 A paranormal investigator in England suspects that a calf which recently died under mysterious circumstances may have been a victim of the cattle mutilation phenomenon. The creature at the center of this strange case was reportedly discovered by a man named Albert Tyas, who stumbled upon the dead animal while walking in a field earlier this month in the community of Todmorden. Puzzled by the carcass' peculiar condition, he reached out to paranormal investigator Deborah Hatswell about the curious find.

Upon examining the remains of the unfortunate calf, she observed that "the cuts are extremely clean, there are no signs of an attack or a chase. The ground is far too clean for this to involve a dog or cat." Hatswell went on to postulate that the way in which the animal was slain "doesn't fit with the classic signs of any normal beast here in the UK." Specifically, she noted that there were "perfectly cut" wounds on the side of the animal that were "very strange, as if the flesh had been scooped."

Furthermore, she opined that the remains being found in the middle of a field and that there were no tire tracks nor footprints to be found, which would seem to suggest that "the calf was dropped from above." Interestingly, no one has come forward yet to claim the calf, which Hatswell found to be particularly odd since British law requires the reporting of dead livestock. Based on her assessment of the case, the paranormal investigator ultimately concluded that "this kill has all the classic signs of animal mutilation."