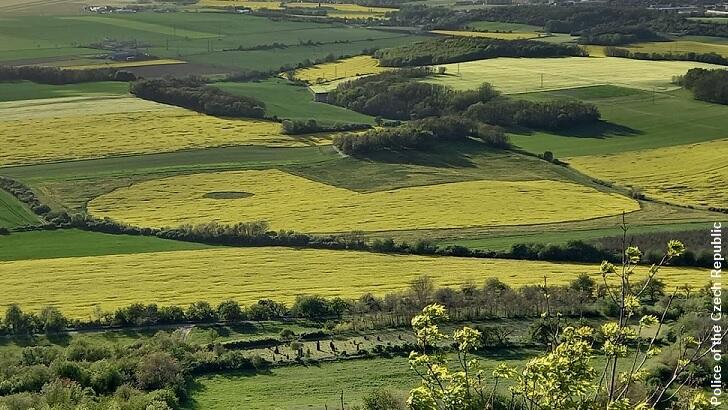 Authorities in the Czech Republic are on the hunt for a prankster who crafted a massive homage to Pac-Man in an unfortunate farmer's field. The odd crop formation was reportedly created sometime late last week in the village of Rovna. Produced in a field of rapeseed, which provided the iconic yellow color of the famed video game character, the drawing encompasses a staggering 7 hectares, which is approximately 42 acres.

According to a press release from Czech Police, the prank likely cost the farmer a jaw-dropping $17,000 worth of rapeseed crop. As such, cops are asking for anyone who might have witnessed the creation of the crop formation to come forward and report what they saw to the authorities. Should the person who produced the design wind up being caught, they could face anywhere from 2 to 6 years in prison, which is a pretty harsh punishment for a prank involving Pac-Man.