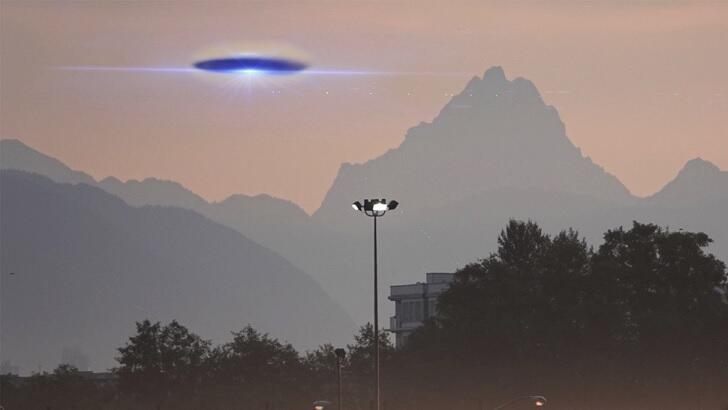 An inmate at a prison in England claims that a UFO appeared outside the facility and caused a weird physical effect on the bewildered witnesses who saw the curious object. The unsettling account came by way of a letter to the outlet Inside Times, which is a publication "for prisoners and detainees" in Britain. According to the inmate, who goes unnamed, the odd incident occurred earlier this year at a facility known as HMP The Verne in the county of Dorset. In recounting the puzzling event, the letter writer insisted that "I do not believe in the supernatural or aliens from Mars, but what we recently saw here in this prison was really very strange and still leaves me speechless."

While he and his fellow inmates were out in the prison yard getting some exercise, the witness says that he spotted a hawk that appeared to be sizing up some prey down on the ground. The glimpse of Mother Nature in action took a strange turn, however, when "a very bright light, which I first thought was the sun, appeared as the clouds opened." Incredibly, the peculiar glowing object then approached the prison yard until it was approximately 100 feet above the exercise area. The sight was so strange, he says, that both the prisoners and the guards were captivated by what they were seeing in the sky above them.

The already weird event became even more bizarre when the UFO "started to shrink and collapse in on itself until it sort of just dissolved into a cloud of mist" which subsequently rained down upon the prisoners. The following day, the writer recalls, "we all came out in a red rash" presumably from whatever the mysterious falling material might have been. Concluding his account of the case, the man indicated that speculation over the event within the prison has understandably run rampant with some suggesting that the inmates may have been subjected to some kind of secret weapon test, which is not altogether out of the realm of possibility considering that the inmates were literally a captive audience.