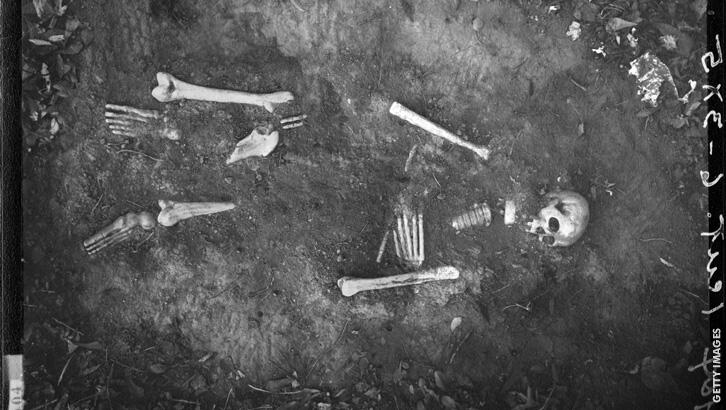 A mystery that haunted a Long Island man for decades has seemingly been solved thanks to a psychic who helped him locate the remains of his missing father. Mike Carroll was reportedly a mere eight months old when his dad vanished under strange circumstances back in 1961. In the ensuing years, he says, his mother strongly dissuaded him and his siblings from discussing the odd disappearance.

However, after five decades of wondering what exactly became of his father, Carroll finally decided to take action on the agonizing question which had been nagging at him for all those years. Specifically, he pursued a longstanding rumor within the family that his dad's body had been buried in the basement of their home, which Carroll had bought from his mother before she passed away. Radar specialists and other scientific experts attempted to find the area where the remains may have been located beneath the concrete floor of the dwelling, but continually came up empty.

Fortunately for Carroll, he finally found success after enlisting a paranormal research group which included a psychic in their ranks. According to him, the medium was able to walk over to a spot in the basement and immediately sensed that "the energy is here." Carroll's sons subsequently began digging in the location and, appropriately enough, unearthed the lost man's remains this week on the night before Halloween.

While authorities still have to confirm that the bones belonged to Carroll's dad, he's fairly certain that is the case, especially since the alternative would mean that someone else was buried in his basement. As to how his unfortunate father wound up being beneath the concrete, that matter remains a mystery and, similar to how their mother refused to discuss the disappearance with anyone, the Carroll and his siblings are equally reticent to delve into what sounds like a rather dark family secret.