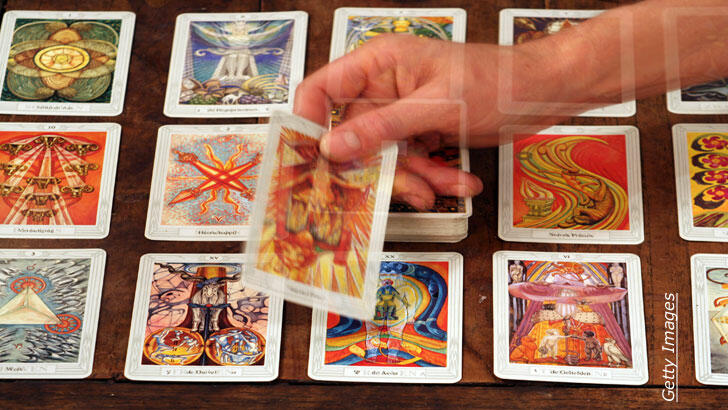 Psychic in PA Busted for Breaking Law Against Fortune Telling

A self-proclaimed psychic in Pennsylvania is in trouble with the law after authorities took the rare step of charging her with illegal fortune telling.

Cops in the Pittsburgh suburb of Center Township say that Sophey Mary Mills duped clients out of a considerable sum of money by way of dubious claims surrounding curses and bad karma from past lives.

Specifically, authorities allege that an initial $200 tarot card reading for one patron turned into an elaborate curse-removal ritual which cost the customer a whopping $3,000 dollars.

The od 'ceremony' involved having the purportedly-cursed woman put thirty $100 dollar bills into what is called a "mojo jar" along with 30 teaspoons and an egg.

Unfortunately, this only seemed to provide some proverbial bad mojo for the customer as Mills is said to have cracked the egg as a way of binding the evil spirits associated with the curse and reportedly refused to return the $3,000 dollars.

No doubt quite upset about losing out on all of that money, the customer called the police, who actually performed an undercover sting on the psychic!

In this instance, a state trooper posing as a well-meaning patron was told by Mills that she was burdened by a tremendous amount of bad karma, which could be dispelled for a $400 fee, due to crimes committed in a past life.

Ironically, with this evidence in hand, authorities argue that Mills was the one committing a crime and it was happened in her current life, and thus they charged her with two counts of 'theft by deception' as well as a pair of charges for violating a rarely-enforced regulation against fortune telling.

While the latter law is merely a misdemeanor, the theft charges are felonies which could put Mills in prison for two years if she is convicted.