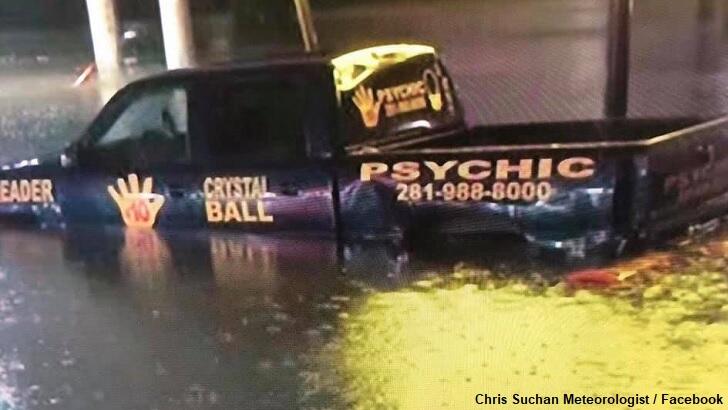 The clairvoyant abilities of a psychic in Texas have been called into question after their truck was spotted being overwhelmed by a flood. The remarkable image of the waterlogged vehicle was shared by San Antonio meteorologist Chris Suchan. Warning his social media followers about significant flooding in Houston, he advised would-be drivers to 'turn around, don't drown' with the punchline "even if you're a psychic."

As one might imagine, the irony of the image was not lost on people online, who proceeded to roast the unfortunate truck owner for not foreseeing what would become of their vehicle. "I guess they haven't mastered their psychic abilities," wrote one amused individual. Meanwhile, several others went with the 'classic' joke that, clearly, the clairvoyant "didn't see it coming." For their sake, we hope the psychic at least had the foresight to get flood insurance for their truck.