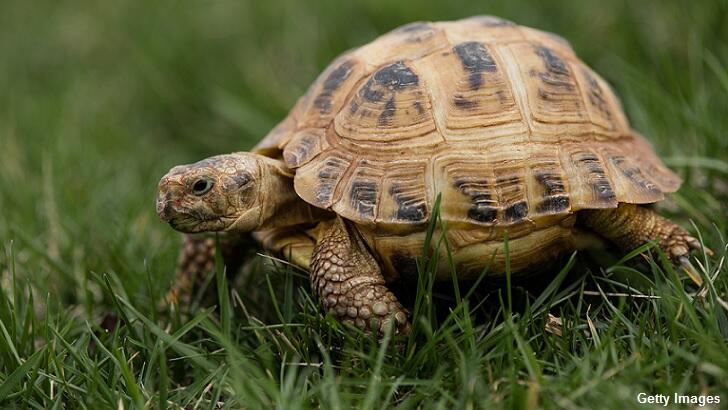 'Psychic' Turtle for Sale in Russia

A Russian man claims that his pet turtle possesses psychic powers and he's hoping that someone will shell out big bucks to buy the animal. The allegedly clairvoyant creature, dubbed Donatello after the Teenage Mutant Ninja Turtles character, was reportedly listed for sale on a Russian website akin to Craigslist by its owner, who asserted that the tortoise is able to predict the winner of soccer matches. In light of that amazing gift, the asking price for the psychic animal was a whopping $46,000.

The odd ad subsequently caught the attention of a Russian media outlet which tracked down the turtle's owner, a man named Alexei who lives in the city of Blagoveshchensk, to find out more about the creature's purported abilities. According to the man, the animal's prognostication process is rather rudimentary: he simply puts two pieces of paper with opposing teams written on them in front of the tortoise and it has an uncanny knack for consistently picking the winner.

Alexei boasted that he made use of the turtle's psychic skills earlier this year and netted around $1,500 betting on soccer games. However, when asked why he is selling the animal, the man seemingly exposed a critical flaw in his story as he said that his family desperately needed money as soon as possible and they cannot generate funds fast enough despite owning a turtle that can predict the outcome of sporting events. Alas, Alexei says, there was apparently no interest in the psychic animal as his ad was online for five days and no one called to inquire about it.