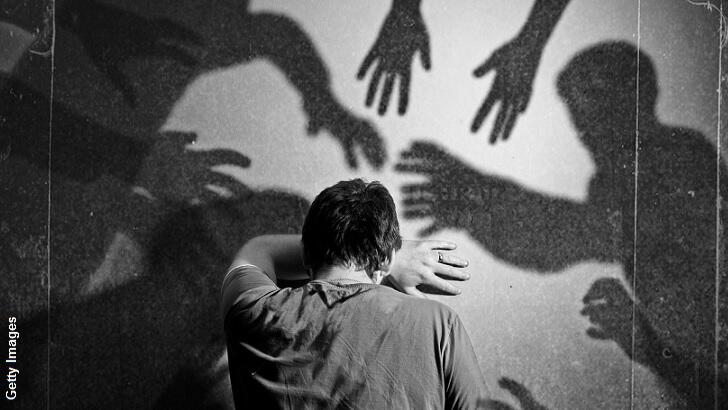 Pub in England Claims to Have 14 Ghosts!

Although it seems like most English pubs boast that they are home to a ghost, the owners of one establishment say that they have fourteen spirits lurking there!

Sean Hutchinson, of Bate Hall in the town of Macclesfield, contends that his pub has somehow become infested with spirits to an overwhelming degree.

After moving to the site in 2014, his family witnessed a plethora of odd activity to the point that they enlisted paranormal investigators to study the location.

According to Hutchinson, the ghost hunters determined that the pub contains an astounding fourteen ghosts.

The pub's owner does not say exactly how the group came to that hefty conclusion, likely because Hutchinson has more important things to worry about.

Apparently, among the ghosts is a particularly ornery spirit who is not a fan of the new owners.

"There's one ghost called Richard who wants to kill me – I know because he told me. He said 'kill you,' Hutchinson told the Macclesfield Express.

When 'Richard' comes to visit the pub, Hutchinson says, they hear sounds akin to a truck smashing into the building and even hear the unsettling spirit's voice!

Other spirits said to hang around the pub are the ghost of a young child that plays hide and seek with Hutchinson's daughter and a mysterious woman known to unleash an unnerving scream.

Aside from that one ghost that wants to kill them, Hutchinson and his family may be able to get the last laugh on the squatting spirits as paranormal groups will likely be lining up around the block to investigate the allegedly ghost infested pub now that word has gotten out about the site.

First Half: Former copywriter and journalist with film & TV credentials, MR Gorga was a child in the wake of Amityville Horror and the Summer of Sam. He will discuss the first fully recorded eyewitness account of demonic possession in American...