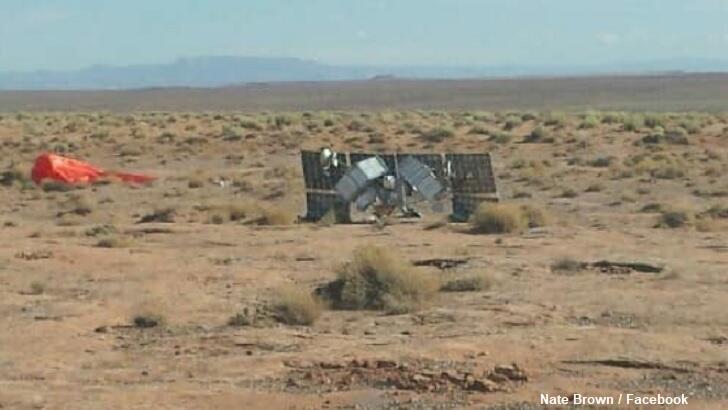 Residents of a small town in Navajo Nation were left scratching their heads when a curious object seemingly from space plummeted from the sky and landed in the desert. The weird incident reportedly occurred on Wednesday afternoon in the remote community of Dennehotso. Sporting four solar panels and appearing to be attached to a parachute, the object looked to be some kind of satellite. Photos of the odd debris quickly popped up on social media along with the obligatory joke about how it could be a crashed alien craft.

However, the extraterrestrial hypothesis did not hold up as it was quickly determined that the debris belonged to a company known as 'Polar Field Services,' which serves as logistical consultants for people and businesses looking to embark on expeditions to hard-to-reach locations with extreme climates. The object in question is apparently the remains of a high altitude weather balloon. Why and how, exactly, it wound up crashing in Navajo Nation is uncertain, but fortunately no one was hurt when it unceremoniously landed in the community.