Home > Articles > Raelians Ask the UN to Develop a Diplomatic Plan for When ETs Arrive
April 3, 2019 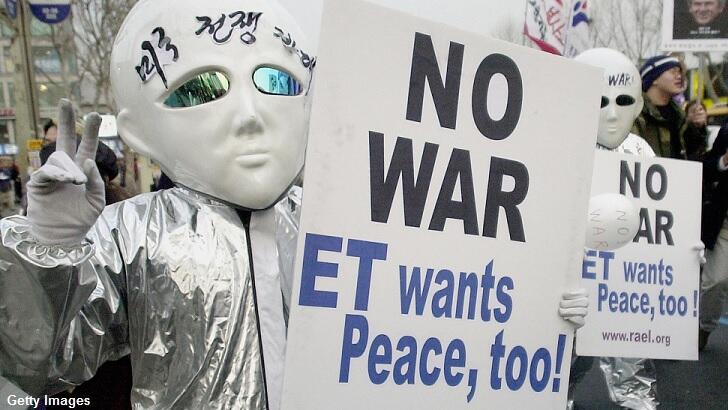 The controversial UFO religious group known as the Raelian Movement are calling on the United Nations to help them in their quest to build an embassy for extraterrestrial visitors. The strange request came via a press release issued by the organization on Tuesday. In the statement, an official with the group claims that the Raelians "have been in negotiations for the past year" with an unnamed nation that will allow the religious order to build their long-proposed 'safe space' for visiting ETs.

With the proverbial groundbreaking on the embassy purportedly set to occur soon, the group has declared that "it is now time to ask the United Nations to get involved." Specifically, they are hoping for the creation of an international conference in which participating countries can "discuss a new protocol to the Vienna Convention on Diplomatic Relations" with impending ET visitors in mind. The Raelians cite what they claim is a growing amount of interest from a number of nations allegedly yearning to speak freely about aliens and the implications their arrival may have on civilization.

Although some may scoff at the group's request, the Raelians expressed confidence that "the UN will hear out and acknowledge the growing number of people who care for a proper and formal welcome for an out-worldly civilization." They went on to lambast "some countries" who, they say, foster fear of an alien invasion and argued that "we must offset such an outdated and belligerent position." While the group's peaceful perspective is no doubt admirable, one can't help but be skeptical about their embassy aims as the Raelians have been promising to build such a site for decades.With that in mind, the UN may want to hold off on sending out any conference invitations until, at least, they see some indication that this much-discussed embassy is actually going to become a reality.