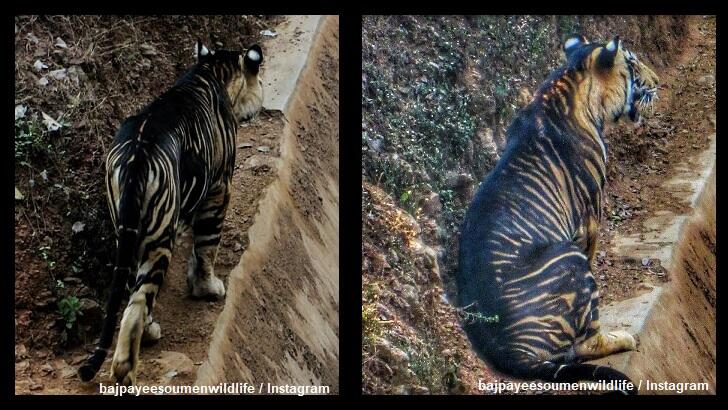 An amateur wildlife photographer in India snapped some photographs of an incredibly rare black tiger roaming around a nature reserve. The remarkable images were reportedly captured by Soumen Bajpayee while he was visiting the Simlipal Reserve and Nandankanan Sanctuary in the state of Odisha in April of 2019. Although the young man posted the photos to his Instagram account at the time, the only caught the attention of the internet this week and have since gone viral.

The creature's unique appearance is due to a genetic condition known as pseudo-melanism wherein the big cat's stripes are rendered thick enough that they wind up overwhelming the animal's orange-colored fur. The rarity of black tigers is such that they have only been found in the state of Odisha and it is believed that there are less than ten of the wondrous felines living there in the wild today. A similarly strange big cat made news earlier this year when photos of a black leopard went viral back in August.