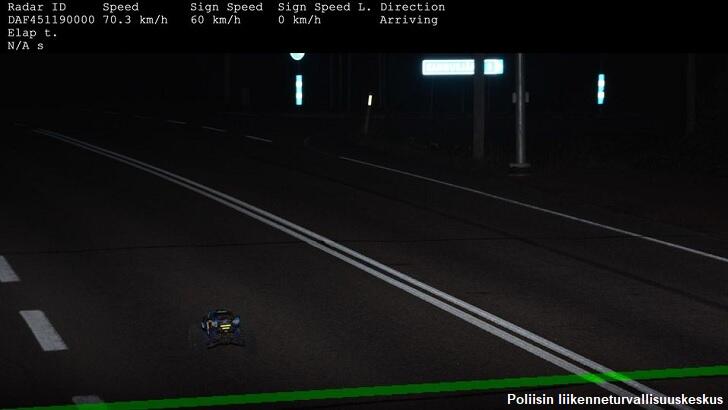 Authorities in Finland were left scratching their heads after a traffic camera photographed a remote control car speeding down a highway at over forty miles-per-hour. The strange incident reportedly occurred earlier this month along a major highway near the community of Toytari. Measuring approximately 20 inches long, the car was clocked at going a whopping 43 miles-per-hour, which is actually ten miles-per-hour over the speed limit.

Stressing that the miniature vehicle was not a toy, traffic safety official Dennis Pasterstein explained that "this is a model car for a more serious enthusiast with a much more powerful engine. Ordinary toys do not travel at such a speed." Be that as it may, he indicated that "I haven't seen anything like this before" and expressed the hope that "this is also the last time" since "pranks and games are fun, but the highway is a completely wrong place to play."

To that end, he noted that motorists who encounter the tiny car speeding around on the highway would likely be confused by what they are seeing and take evasive action to avoid it, thus potentially causing an accident. As for who may have been at the controls of the vehicle, Pasterstein surmised that it was likely a person standing off to the side of the highway since, fortunately for them, they weren't spotted by the camera.