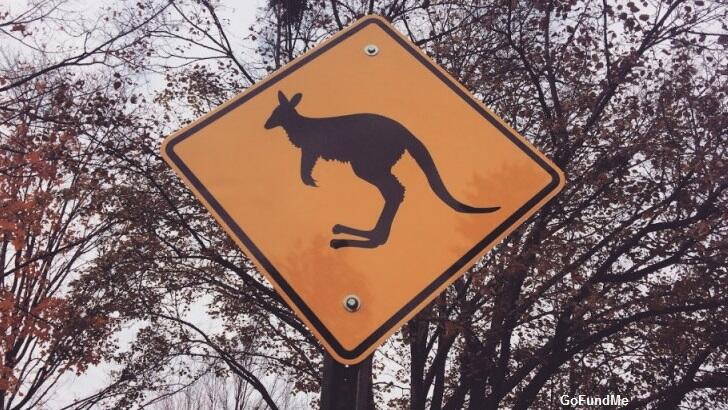 An odd controversy has erupted in an Ohio city after officials removed a 'Kangaroo Crossing' sign that had become something of a local landmark.

Since 2014, the peculiar warning had stood in a Columbus neighborhood with nary anyone paying much attention to it aside from perhaps marveling at its weird nature.

However, in a cruel twist of fate, when one curious resident inquired with a local radio station about the sign's origins, she inadvertently set off a chain of events that led to its demise!

After city officials learned about the sign's existence from a reporter at the station who was looking into the story, they promptly dispatched a crew from the Department of Public Safety to remove it.

"From the city’s perspective, it was an unregulated sign," a spokesperson with the city of Columbus told radio station WOSU.

As one can imagine, the sudden disappearance of the beloved sign was met with considerable discontent from those who people who live in the neighborhood where it had once been a fixture of the community.

The consternation was so great, in fact, that a crowd funding campaign was launched to raise money to purchase a new sign as well as the costs associated with having it installed.

Whether the city, which clearly does not have the same appreciation for the sign that the residents do, will have a sense of humor about the matter and issue a genuine permit for the marker remains to be seen.