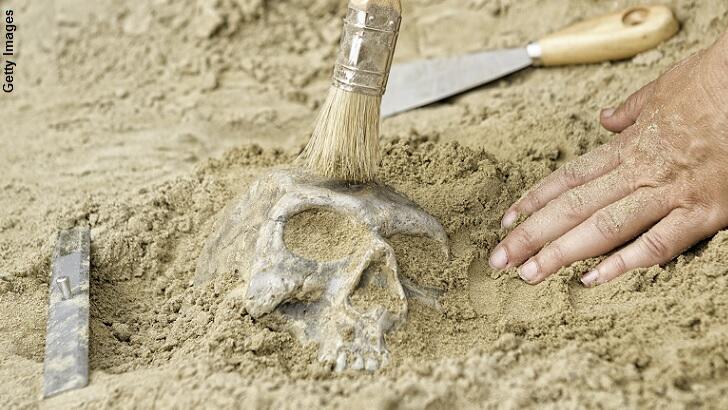 A new study out of Europe may have uncovered what led to the extinction of the mysterious and monstrous ape known as Gigantopithecus.

Using the scant fossil evidence left behind by the ancient creature, researchers were able to determine its diet by examining carbon isotopes found on the giant ape's teeth.

The findings suggest that the Gigantopithecus subsisted on food found in forested habitats.

As Earth's environment changed and these areas became more scarce, the study suggests, the creature could not acquire enough food to survive and subsequently went extinct.

Believed to have been nearly nine feet tall and over 1,000 pounds, the Gigantopithecus has long been suspected of having a connection to Bigfoot.

The new research lends some credence to a possible connection, since the Bigfoot is primarily believed to inhabit forest areas, which is in keeping with what is now thought to have been the habitat of the Gigantopithecus as well.

So perhaps, long ago, the Gigantopithecus ran out of food in its native habitat and ventured to areas that were more hospitable to its prodigious appetite and, in turn, the Bigfoot was born.