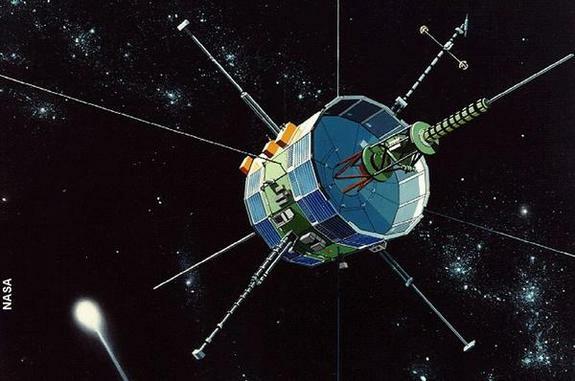 Dormant for over 25 years, NASA's International Sun-Earth Explorer 3 spacecraft, known simply as ISEE-3, will soon begin a new series of scientific missions under the guidance of civilian engineers who purchased control of the craft from the space agency this past May. Dubbed the ISEE-3 Reboot Project and funded via crowdsourcing, the innovative venture originally hoped to steer the craft into permanent orbit around the Earth, but the ambitious pursuit proved impossible due to faulty fuel tanks. Therefore, the ISEE-3 will now continue on its originally-planned journey around the sun and, utilizing whichever scientific instruments aboard the 80's-era craft remain viable, beam fresh insights back to Earth for study by the general public. More on the story at Universe Today.