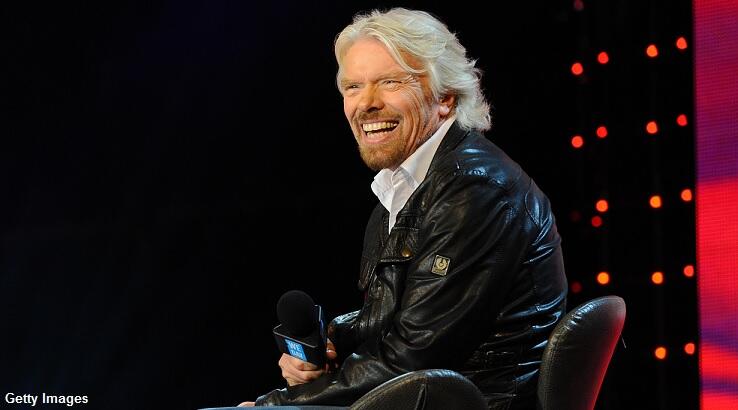 While Richard Branson may envision someday sailing to the stars via his private space company Virgin Galactic, the British billionaire apparently doesn't expect to encounter any aliens along the way. In a recent conversation with the Hollywood Reporter, the colorful business magnate was asked about the UFO phenomenon in light of the considerable attention that the enigma has received from the mainstream media over the last few months. Unfortunately for UFO enthusiasts, Branson wasn't buying into the idea that there are craft piloted by extraterrestrials visiting our world, calling such a scenario "extremely unlikely."

Regarding UFO sightings, he argued that "when you look closely you'll find that there's another explanation for all of them, in the same way that in the Bermuda Triangle there's another explanation for all the mysteries" surrounding that infamous spot. Branson went on to concede that there are likely to be "millions of other civilizations out there, but none of them are within reach of Earth." The billionaire's position on the subject echoes that of a number of skeptics who have long declared that aliens visiting our planet is doubtful due to the vast distances of space.

The Virgin Group founder also mused that "I can't understand why these UFO discussions are always behind closed doors and done in secrecy. It just creates even more suspicion." To that end, he expressed skepticism that such an Earth-shattering revelation could be withheld for so long, asserting that "if people had really discovered a UFO, you can't keep things secret in this day and age, it would be everywhere. And so I don't think there's any credible sightings yet. It would be wonderful if it were true." One wonders if the billionaire's take on the topic will change when his private space company eventually does reach beyond Earth and provides a better look at what might really be out there.