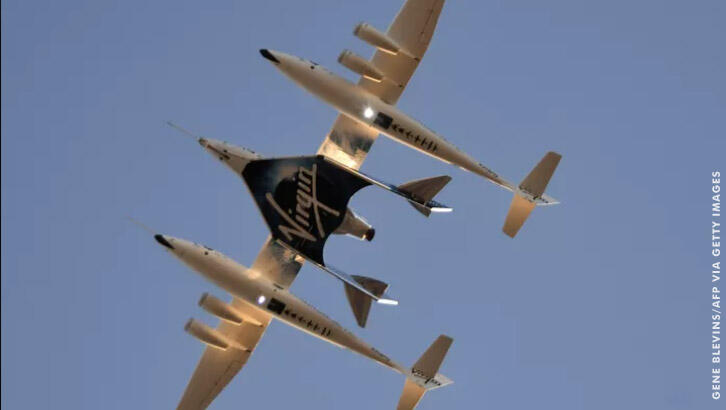 Virgin Galactic founder Richard Branson flew his rocket-equipped winged plane into space with five others on Sunday, July 11, as part of the first fully-crewed flight of SpaceShipTwo space plane Unity. Video footage shows the crew taking off from Spaceport America in New Mexico, where it was transported to launch position by carrier plane VMS Eve. At about 9:15, SpaceShipTwo detached from the Eve and ascended to about 50 miles above the Earth.