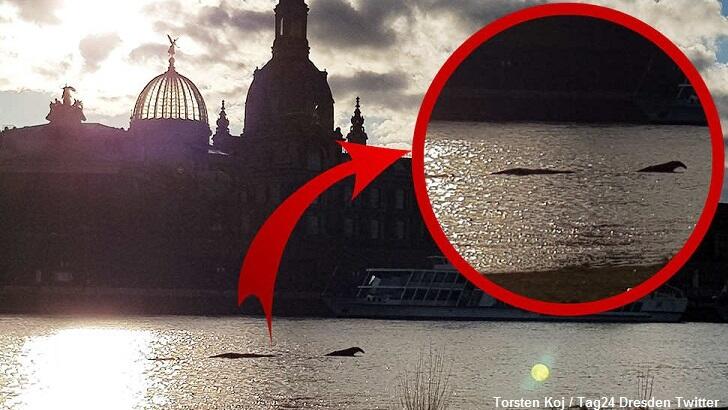 A man walking along the Elbe River in Germany was astounded when he spotted a large, snake-like creature emerge from the water.

Witness Torsten Koj managed to snap a photo of the beast which he described to German media outlet Tag24 as being "several meters long."

If one is drawing comparisons to the legendary monster of Scottish lore, you are not alone as Koj marveled that he immediately thought of Nessie when he first saw the oddity.

According to him, the creature swam along the river a short time before disappearing beneath the surface of the water.

While the unidentified aquatic anomaly was almost certainly not an ancient dinosaur that somehow survived until modern times, what it is, exactly, is a mystery.

Among the prosaic possibilities are an eel, a snake, a large fish, or, possibly, just some debris that briefly bobbed to the surface of the water as it floated down the river.

Think you can decipher what Koj photographed? Let us know at the Coast to Coast AM Facebook page.