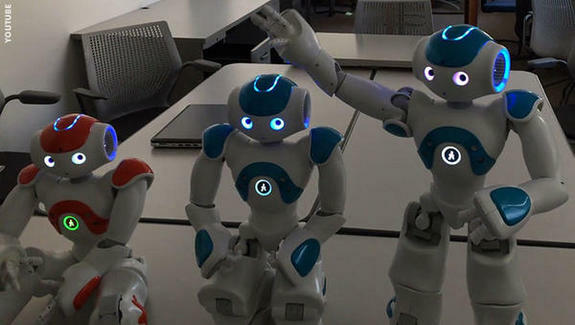 Scientists at The Rensselaer AI and Reasoning Lab in New York may have shown just how fast robots are moving toward self-awareness. In their experiment the bots were programmed to think two of them had taken 'dumbing pills' to prevent speech and the other given a placebo. In reality, the mute button was pushed on two of the bots, leaving only one with the ability to speak. When asked about which pill they received the bot able to talk says, "I don't know," quickly recognizes it is speaking, then reasons it could not have taken the "dumbing pill." Check out video here.