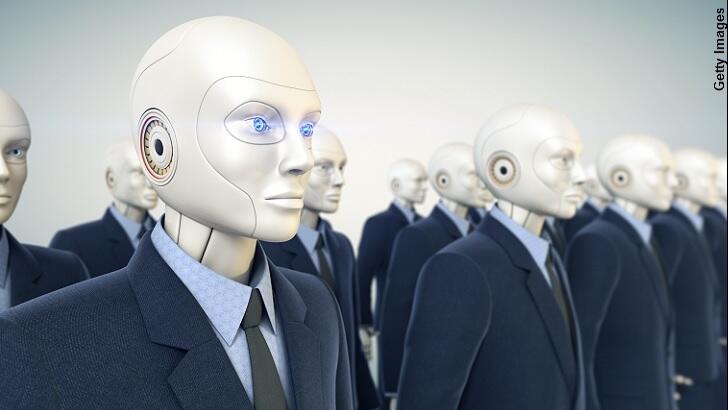 Robots to Outnumber Humans By 2050?

A sci-fi author is suggesting that humanity's dominion over robots may dramatically shift in the next few decades as automatons begin to outnumber people.

Based on his calculations, Logan Streondj believes that it is only a matter of time before humans are outnumbered by robots.

He explains that, by comparing birth rates with robot production rates and then extrapolating forward, the number of people and robots 'born' per year will be the same in 2040.

It's all downhill from there as robots would overtake humans in population by the early 2050's and outnumber people 10 to 1 by around the year 2070.

While this may sound like a simple mathematical exercise, Streondj posits that a conflict between humans and robots will ultimately arise due to this population parity.

Provided they have the sufficient artificial intelligence to do so, which seem likely, future robots will eventually realize how vastly they outnumber humans and may decide to assert themselves over their creators.

And, thus, the robot apocalypse begins.

For more on the rise of robots, check out software developer Martin Ford's appearance on last night's C2C where he discussed how robots are poised to take a myriad of jobs from humans in the near future.