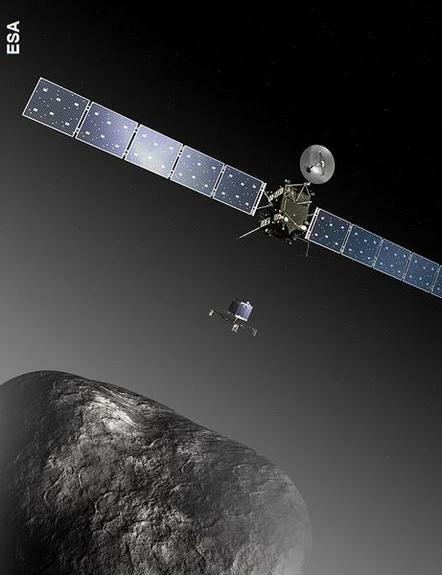 Ten years after it departed Earth, ESA's Rosetta mission, which aims to land a probe on a moving comet, may soon reach its crescendo as the space agency revealed the proposed landing site for the project. Expected to be attempted on November 11th, the Rosetta craft will launch a small lander, known as 'Philae,' towards a relatively flat region of a comet which it has been following since August (as seen in this artist's depiction). Should the touchdown prove successful, it will be the first soft-landing on a comet by a human spacecraft and will provide astronomers with a wealth of previously unknown insights into the nature of these celestial bodies. More on the story at Space.com.