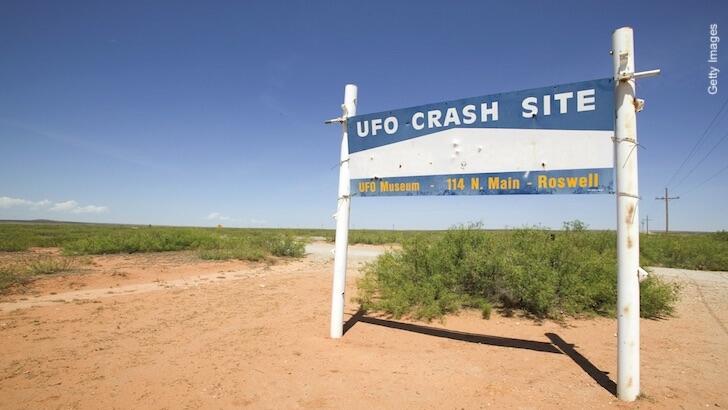 Roswell Diary to be Released

The grandchildren of Major Jesse Marcel, the intelligence officer for the local U.S. Army airfield at the time of the Roswell incident, have plans to release Marcel’s personal diary.

Marcel’s relatives have agreed to release details of the original personal account of the drama and coverup surrounding the mysterious crash. On July 8th, 1947, the United States Army Air Corps famously announced that they had recovered the debris from a “flying saucer” from a remote ranch near Roswell, then retracted the story the next day, calling it a “weather balloon” and associated earthly technology. Marcel’s recollection apparently tells a different story.

Jesse Marcel III says his grandfather’s memories of the time are unequivocal in their description of the debris as “not made by human hands.” He even recalls his father, Jesse Marcel Jr. (who saw the debris as a child) stating that he saw metal beams with “alien writing” on them, as well as, curiously, “a purple light inside with a symbol of a seal balancing a ball on its nose.” Echoing the findings of earlier researchers such as Stanton Friedman, William Moore, Kevin Randle and Don Schmitt, Marcel III agrees with the idea that Major Marcel was made to follow orders and cover up the matter in the interests of national security.

The diaries will be examined and revealed as part of a History Channel program entitled ‘Roswell: The First Witness.’