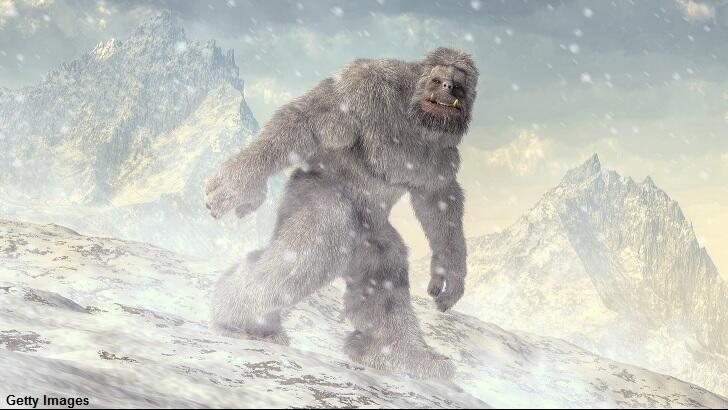 One of the more fantastic theories for what may have caused the infamous Dyatlov Pass incident is getting another look thanks to a Russian doctor who says that a Yeti could have caused the tragic event. Over the last 60 years, historians and armchair researchers have offered no shortage of possible explanations for what could have killed nine hikers in the Ural mountains back in 1959. Although ideas such as an avalanche or a weapons test gone awry are usually treated as plausible, the proverbial 'snowman hypothesis' has been largely dismissed as merely an example of just how outlandish the speculation can sometimes get.

However, a fascinating new investigation by a Russian media outlet explores the often derided idea that a Siberian Sasquatch could have somehow led to the hiking party's mysterious demise. The surprisingly lengthy piece was inspired by the musings of what the outlet calls an "eminent doctor" who postulated that the rib injuries sustained by two of the dead hikers were the result of a large creature squeezing their chest in a manner similar to an adult inadvertently hurting a child by embracing them with too much force. Alas, in an entirely understandable stance, the allegedly renowned doctor opted not to reveal his name for fear of being ridiculed.

Nonetheless, the bold assertion that Bigfoot might be to blame for the Dyatlov Incident apparently led reporters to look into such a scenario and, in turn, they uncovered several fascinating witness accounts of a Sasquatch-like creature known as a 'kompolen' lurking in the region. One such account came from a local historian who recalled camping in the Ural Mountains and discovering massive barefoot prints outside of his tent in the morning as well as a tall tree nearby that inexplicably twisted into a spiral. Others recalled actually spotting the creatures and described them as one might expect: tall, bipedal, and hairy.

Intriguingly quite a few residents from the region who were willing to share their knowledge of the kompolen ascribed a number of almost supernatural abilities to the creatures. Bearing an uncanny resemblance to North American tales of Bigfoot, one individual noted that mysterious cryptid is close, "the person experiences a hypnotic suggestion, which causes fear or even panic." Another witness described seeing the beast vanish before their eyes "as if they had evaporated in the air." Chillingly, several people blamed the creature for mysterious disappearances in the area and one even went so far as to share a classic 'changeling' story in which a human baby was seemingly switched with that of a kompolen.

Although it still seems highly unlikely that the Dyatlov Pass incident could have been caused by a Yeti encounter, the kompolen accounts of the people in the region are rather fascinating, since a good number of the tales are almost certainly being shared with the world for the first time ever. And so we probably owe some gratitude to the mysterious doctor who dared to 'go there' and, in turn, helped to unearth a slew of sensational and heretofore unheard stories of the mysterious Sasquatch-like creature said to lurk in the mountains of Siberia.