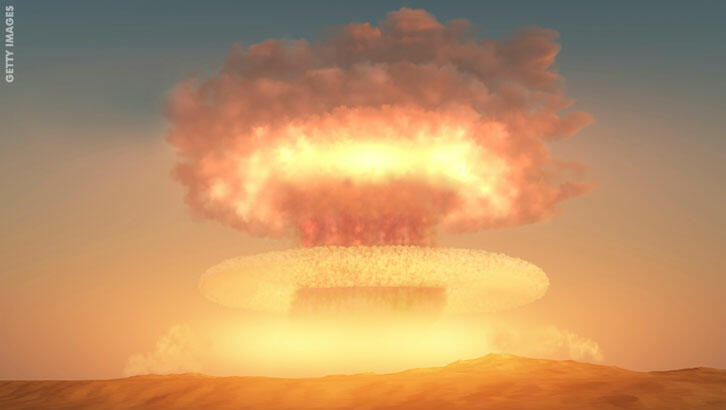 A Russian media outlet claims that the former Soviet Union is poised to test a worrisome new missile which goes by the unofficial moniker of 'Satan 2.'

According to the news station Zvezda, the missile is an incredibly powerful nuclear weapon which boasts stealth capabilities that make it invisible to enemy radar.

It is also allegedly able to carry a dozen nuclear warheads and travel over 6,000 miles, leaving American coastal cities and Europe vulnerable to the monstrous missile.

In an eyebrow-raising aspect their report, Zvezda suggested that the weapon could wipe out an area the size of Texas or France!

The unholy moniker is derived from the idea that it will replace old Soviet missiles which had been dubbed 'Satan' by officials at NATO.

Zvezda observed that, beyond updating the Russian arsenal, the Satan 2 will likely spawn nations to rethink how they defend against a possible nuclear attack.

"It will determine in which direction nuclear deterrence in the world will develop," the news channel declared.

Provided the purported test of the missile this summer is a success, it is believed that the Satan 2 will become a part of the Russian arsenal by the end of the decade.

Although military officials around the world may hope that the news report is merely Russian propaganda and posturing, it would probably be a good idea to figure out if we can find a way to stop it anyway.