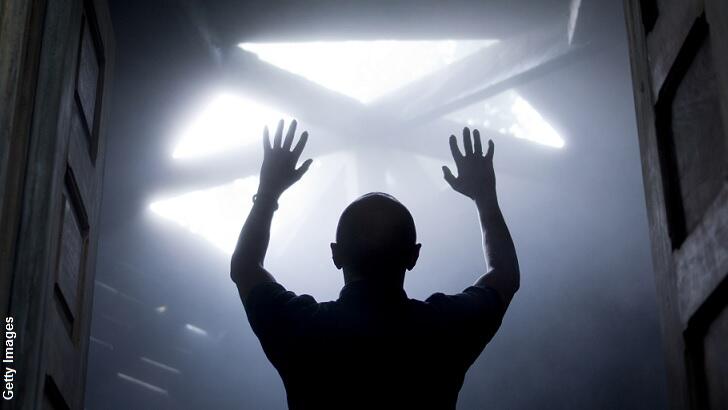 Russian Politician Says That He Talks to Aliens!

It appears that Hillary Clinton isn't the only politician tapping into the popularity of UFOs as a Russian parliamentary candidate recently claimed that he communicates with aliens!

In an ad aimed at swaying undecided voters in an upcoming election, Vasiliy Dmitrienko shared the strange reason why he has an advantage over his competitors.

"The fundamental difference between me and the other candidates is that I'm a specialist in providing telepathic video communications between all living beings on Earth and a higher intelligence," he declared in the ad.

Leaders of Dmitrienko's political party suggested that his revelations were really a PR stunt aimed at garner more media attention.

If that is the case, it may have worked too well as most viewers found themselves laughing at his ad and dismissing him as a serious candidate.

Unfortunately, despite Dmitrienko's fantastic claims, the politician appears to have provided no additional insight into his alleged contact with non-Earthlings.

Given their perceived advanced intelligence, we assume that Dmitrienko's decision to reveal the relationship with aliens did not come via their advice, since it seemed to backfire spectacularly.

Coast Insiders looking to learn about the long history of more serious UFO events in Russia can check out author Paul Stonehill's 2/21/2007 appearance on the program.