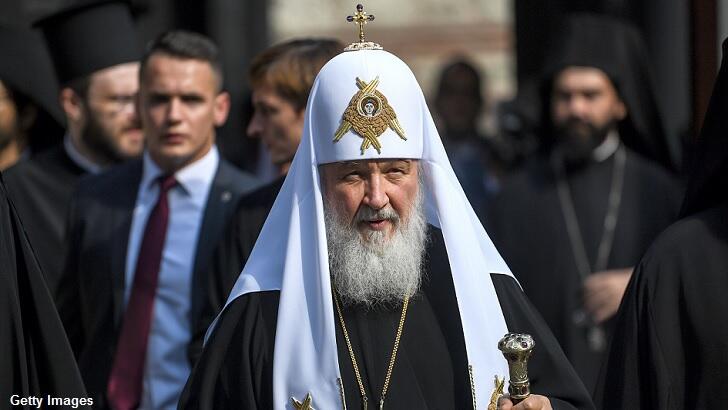 A powerful religious leader in Russia is warning residents that the society's increasing reliance on smartphones and similar technology could usher in the arrival of the Antichrist. Patriarch Kirill, who heads the Russian Orthodox Church, reportedly made the worrisome remarks during a TV interview on Monday evening. Specifically, he cautioned about the ability to harvest personal information from these devices and the potential for such insights to be used for evil purposes.

"Every time you use your gadget," he chillingly observed, "somebody can find out exactly where you are, exactly what your interests are and exactly what you are scared of." While this may sound like a marketer's dream, Kirill noted that these details would also prove tempting to forces beyond our human realm. To that end, he ominously declared that "the Antichrist is the person who will be at the head of the worldwide web, controlling all of humankind."

Drilling down deeper into this unsettling scenario, Kirill argued that it is likely inevitable that technology will allow for someone or some group to eventually access and utilize the vast ocean of personal information freely offered up by individuals online. At that point, he fears, a dangerous door will be opened, opining that "such control from one place forebodes the coming of the Antichrist." As such, he mused that there should be "no central point" where all of the Internet can be controlled or else it will fall into the wrong hands.

While the church leader's words of warning have been met with skepticism from Russian residents, anyone who has seen some of the 'stars' that have emerged on YouTube over the last few years might be inclined to agree with Kirill's assessment that something sinister may very well lurk at the proverbial end of the Internet rainbow.