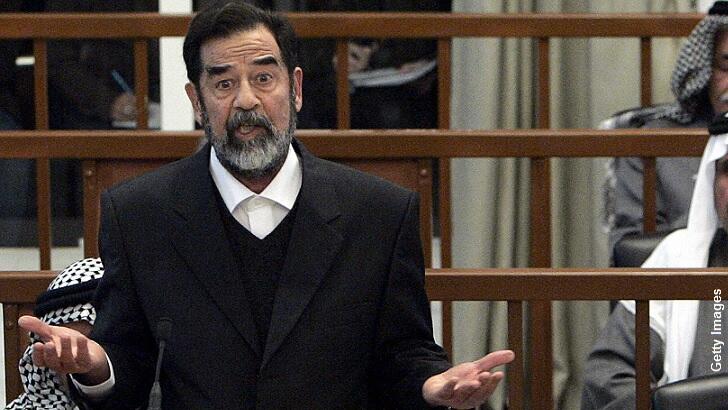 Although Iraqi dictator Saddam Hussein died over a decade ago, the tyrant continues to torment one unfortunate Indian man who happens to have the same name.

Marine engineer Saddam Hussein says that he has been passed over for jobs an astounding 40 times in the last two years because "people are scared to hire me."

Even more maddening for Hussein is that many of the prospective employers have actually hired less qualified candidates than him simply because of his name.

The reasoning he was given by one HR department is that his name would likely cause undue issues, especially if the job required international travel, and so hiring someone with a 'normal' name is easier for companies.

As such, Hussein has now been forced to wade into the bureaucratic mire in an attempt to change his name, however completely shedding the moniker has proven to be rather difficult, since there are several legal hurdles he must overcome to make it happen.

Until then, he'll probably still have to repeat the same story about how his grandfather gave him his 'famous' name and that he is not connected to the infamous Iraqi.

While Hussein's plight is rather peculiar, there's one person who can probably identify with his problems: the Kim Jong Un lookalike in China who has found little success impersonating the North Korean dictator.

Compared to him, Hussein is pretty lucky, since all he has to do to distance himself from the former Iraqi ruler is change his name rather than transform his entire appearance.