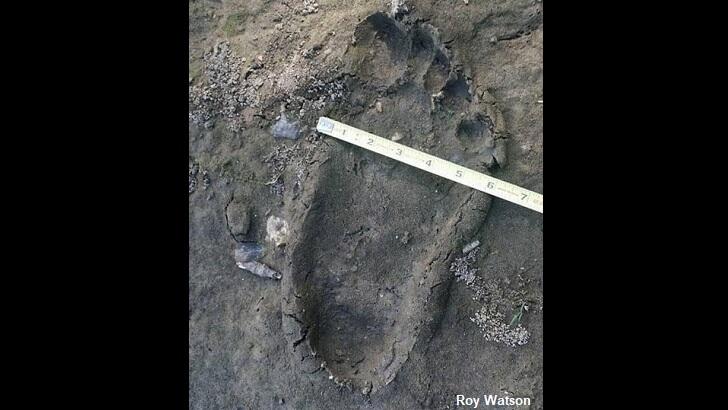 A man in British Columbia claims to have stumbled upon a sizeable footprint which he believes was left behind by Sasquatch. According to a local media report, Roy Watson discovered the odd marking in the yard outside his home in East Kelowna back in January. Insisting that he was not a believer in the famed cryptid beforehand, he mused that "seeing the prints, it shocked me and completely changed my point of view."

The night prior to finding the print in his yard, Watson says, he heard something of a strange ruckus outside of his home and, the next morning, "woke up to my garbage can torn to pieces and my fence gate snapped." The puzzling path of destruction combined with the oversized footprint, which appears to be six inches wide, led to the bewildered man becoming a "full-on believer" in Bigfoot.

Since the strange incident and his discovery of the prints, Watson attempted to have the potential evidence examined by a Sasquatch researcher, but has largely come up short so far. Be that as it may, he left little doubt as to where he stands on the puzzling marking. "Some people don't believe it, but I know it's real. That's all that matters to me," he declared, sounding like many a witness to the weird and unexplained. What's your take on Watson's potential Sasquatch print? Weigh in at the Coast to Coast AM Facebook page.