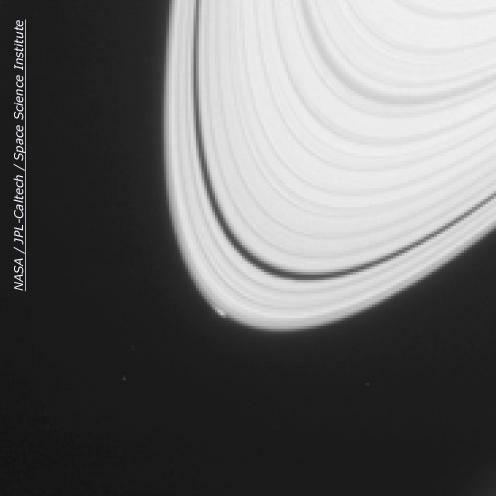 A mysterious object in the outer edge of Saturn's ring may be a new moon that is in the process of forming. Measuring around a half-mile across, the object spotted by NASA's Cassini spacecraft, has been named "Peggy" by scientists. It's been theorized that Saturn's moons start out as ice chunks from the rings that drift into orbits further afield. The planet currently has some 53 moons, as well as nine provisional ones. More here.