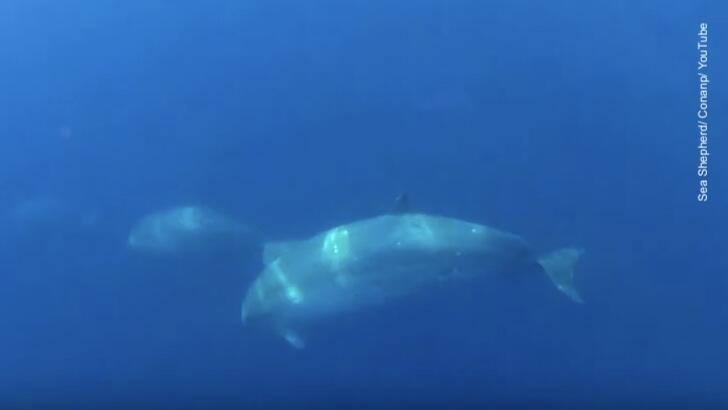 The deep oceans still hold secrets even in an age when we have explored much of the planet.

Scientists exploring the deep waters off Baja California have announced that they have discovered what they believe to be a new species of beaked whale. Researcher Jay Barlow said, “It just sends chills up and down my spine when I think that we might have accomplished what most people would say was truly impossible – finding a large mammal that exists on this earth that is totally unknown to science."

Another new species was picked up on underwater microphones as early as 2018, and named "Perrin's beaked whale" when five of them washed up on California shores in 2019. This newest discovery was detected and sighted earlier this year by members of the Sea Shepherd Conservation Society, which they suspect is a new species entirely.

Beaked whales generally spend most of their lives in deep waters away from land, which makes them more difficult to detect. Their name comes from their distinctive dolphin like heads, which differ from other species like the California Grey and Humpback. They routinely dive deeper than 1600 feet in search of food. One was recently recorded holding its breath for over four hours, which is a record.