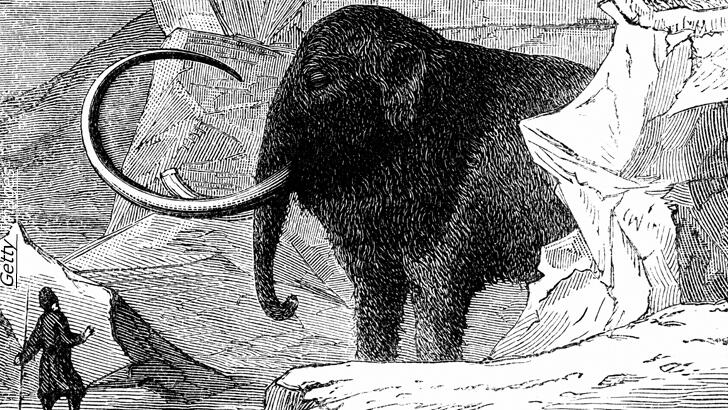 Eons ago giant woolly mammoths roamed the Siberian tundra before becoming extinct. Now scientists are hoping to clone the ice age monsters. Deep in a laboratory in the world's coldest city, Yakutsk, Siberian researchers have amassed a voluminous collection of dead frozen animal carcasses with more than 2,000 specimens cataloged. Dr. Semyon Grigorev, director of the Mammoth Museum at the North-Eastern Federal University told the Kommersant newspaper, that they've developed a startling new cloning program called "the revival of the mammoth and other fossil animals."

Recently, Harvard University announced that they had duplicated 14 mammoth genes into an Asian elephant's genomes. One of the problems Dr. Grigorev and his team faced was to find a suitably frozen woolly mammoth and get cooperation from other scientific agencies and companies. An Arctic Circle discovery in 2010 of a nearly perfect female mammoth was found in permafrost. Chiseled from the ice, a youngish 39,000 year old baby, nicknamed Yuka, was perfectly preserved in a pool of blood. With limited facilities, Dr. Grigorev sent the mammoth samples out to Korea for analysis. Ten months later they returned - unusable.

Signing a deal with two other companies, the museum hopes to bypass bureaucratic processes hindering the time sensitive nature of prehistoric mammoth meat. One false step and imminent decay. But, this time the Siberian scientists are ready for the next deep-freeze find. "Now we have the opportunity to put the tissue in a nutrient medium," Dr. Grigorev said, adding that if the cells regenerate, they could begin the cloning initiative.

Like the Harvard experiment, Dr. Grigorev and his team would transplant the mammoth cells into a living Asian elephant whose DNA material is similar to her Ice Age ancestors that once ruled the land 350,000 years ago. "We (can) learn amazing facts about the past of our planet and its inhabitants," Dr. Grigorev said.