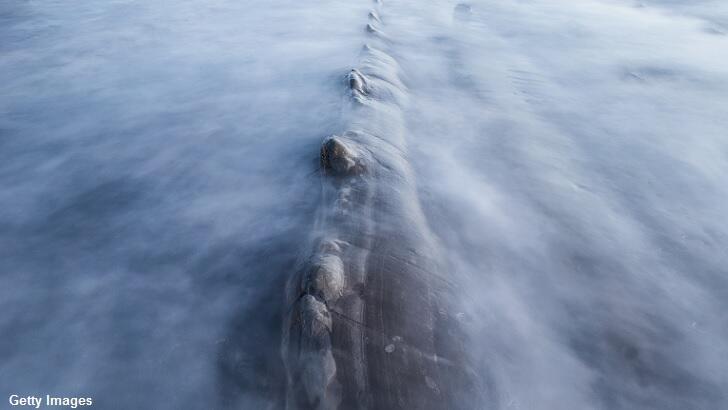 A British woman dining at a seaside restaurant with her family last week believes that she caught sight of a mysterious sea creature which she likened to the legendary Loch Ness Monster. According to a local media report, Jacky Sheppard was visiting the town of Clevedon on Thursday evening when they stopped at a pub for dinner. During the meal, she, her husband, and a couple sitting next to them all spotted something odd swimming in an estuary that is part of the Bristol Channel.

Sheppard subsequently took to social media over the weekend and shared her sighting to see if someone could provide some answers as to what the group witnessed. "We saw what can only be described as something looking like a Loch Ness Monster motoring along the sea," she explained to members of a community Facebook group. Unfortunately, Sheppard lamented that she did not photograph the anomaly because it was sunset and the potential creature was "too far out to try and catch on camera. "

Alongside a number of posts joking that perhaps Sheppard had a few too many drinks at the pub, some members of the community offered genuine suggestions for what the 'monster' may have been. However, she dismissed most of these ideas because the anomaly seemed to possess a "strange shape like a serpent" and, therefore, she was skeptical that it could have been a boat or a dolphin. Sheppard expressed hope that the other couple on the scene would see her post and confirm her account of the incident.

Alas, the other diners did not come forward, but a second witness did and her version of the event appeared to blow Sheppard's story out of the proverbial water. Clevedon resident Ali Robertson claims that she was watching the water at the same time and also noticed something unusual. Fortunately, she was able to get a hold of some binoculars and take a closer look at the aquatic interloper. Although she conceded that she "would have preferred the Loch Ness Monster on vacation," Robertson revealed that, in fact, "it was a large piece of wood."