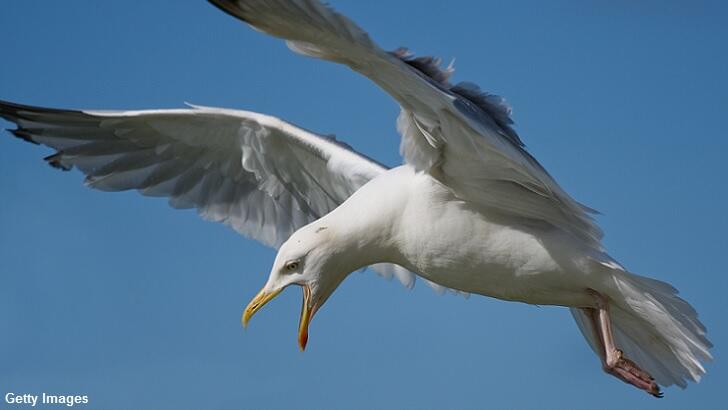 A heartbroken dog owner in England says that a sinister seagull snatched her pet chihuahua off the ground and flew away with the poor pooch! The bizarre incident reportedly occurred yesterday afternoon in the seaside town of Paignton as Becca Hill's boyfriend was in their backyard putting laundry on the line to dry. Suddenly, a seagull swooped down from the sky and took hold of their dog Gizmo with its beak.

"It carried Gizmo a fair way as we couldn't see him anymore," Hill lamented, "I have no idea if he was dropped or where he is now." The dog's anguished owner took to Facebook pleading for anyone who may encounter the lost chihuahua to contact her. However, despite an exhaustive search and a considerable amount of media attention surrounding the strange case, Gizmo has yet to be found.

Making matters all the more worrisome is that a local organization devoted to searching for lost dogs noted that there's a chance that Gizmo could have wound up on someone's roof if the bird dropped the unlucky animal in mid-flight. While instances of seagulls taking dogs are extremely rare, one local politician in a nearby community warned that, should people keep feeding the animals, "it's only a matter of time" before a similar incident takes place in their community.