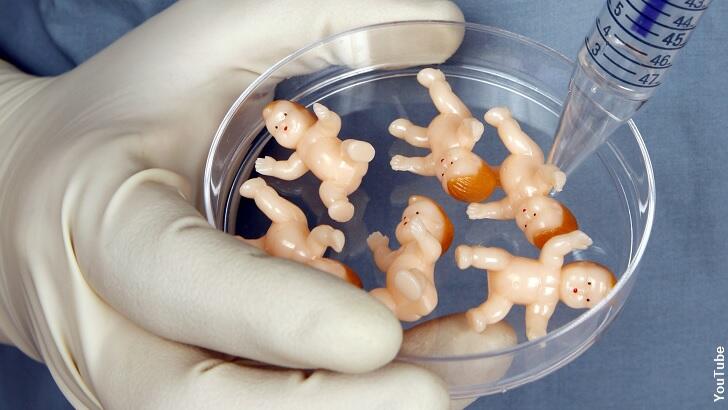 The idea of creating a human out of chemicals in a lab may sound unsettling, but what may be more worrisome is that experts recently held a secret meeting to discuss the possibility.

Around 150 medical researchers convened at Harvard Medical School to contemplate the concept of building a human genome with chemicals and ultimately bringing that 'person' to life.

Indicative of how controversial the proposal might be, attendees at the conference were forbidden to talk to the media or tweet about the event.

The researchers spearheading the discussion likened the idea to the Human Genome Project only with the goal being to create a human genome rather than deciphering it.

When word of the meeting reached the greater scientific community, many expressed concern over the wealth of ethical issues which would arise from such an experiment.

Others expressed chagrin over the secretive nature of the discussion, saying that the clandestine conference was unusual for scientific researchers.

However one of the event's organizers attempted to downplay the conspiratorial suspicions which may have been attached to the meeting by explaining that the secrecy was necessary due to an impending scientific paper.

They also downplayed the idea of creating parentless humans inside a lab and said that the research is more aimed at refining the creation of DNA.

Regardless of what the ultimate end result of the research might be, both proponents and critics will have plenty of time to debate the ethics of the idea since, for now, it is merely a concept.

But with our understanding of the human genome continuing to improve and the possibility looming far on the horizon, the secret Harvard meeting may have provided us with a troubling glimpse of our species' future.