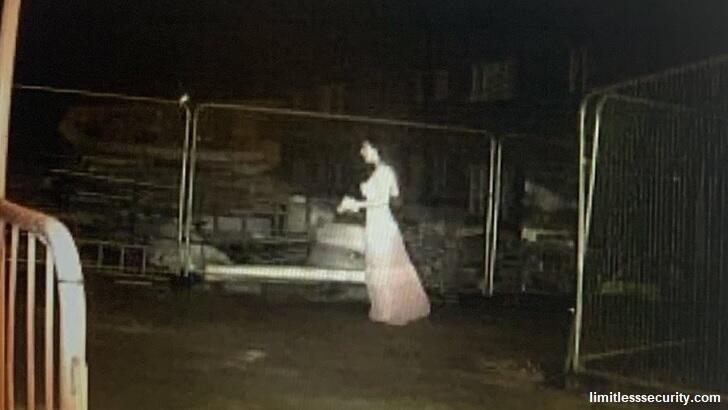 A security camera stationed at a construction site in England captured an eerie image of what appears to be a ghost woman. The spooky snapshot was reportedly taken earlier this week by a CCTV system set up by the company Limitless Security as part of their job watching over a location in the city of Birmingham. At around 2 AM on Tuesday morning, manager Adam Lees received an alert on his home computer that something had triggered a motion sensor camera at the construction site.

When he checked his laptop to see what the camera had spotted, Lees could not believe his eyes as there was a woman in a long white dress walking through the construction site. The manager quickly phoned the on-site security guards to investigate the situation. However, despite arriving in just a few minutes to the spot where the unnerving interloper was seen, there was no sign of the ghostly woman.

"It's incredibly strange," Lees marveled, "I have no idea what it could have been but I didn't sleep the rest of the night." Lees' daughter subsequently shared the image on social media, where it has amassed thousands of shares and comments. While many observers suspect that the security camera may have caught a ghost on film, more skeptical minded individuals argue that it was clever hoax. What's your take on the image? Share your thoughts with us at the Coast to Coast AM Facebook page.