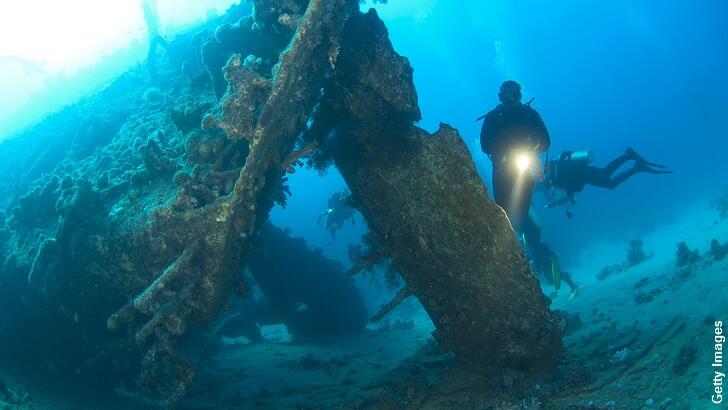 A ship that vanished in the Bermuda Triangle nearly a century ago has been found off the coast of Florida. The SS Cotopaxi disappeared while en route to Cuba from South Carolina back in 1925 and, in later years, became closely linked to the theory that the region contains a curious hotspot where ships and planes inexplicably go missing. The vessel's place in Bermuda Triangle lore was highlighted by a memorable scene in Steven Spielberg's Close Encounters of the Third Kind where the ship mysteriously appears sitting in the Gobi Desert.

However, it appears that the final resting place of the Cotopaxi may have finally been determined thanks to the new Science Channel series Shipwreck Secrets. According to a press release, researchers for the program were able to track down a heretofore unseen clue in the archives of Lloyd’s of London, which served the insurance broker for the ship. While combing through the decades-old paperwork, they discovered that a distress signal had been sent by the ship a few days after it had departed for Cuba when it was near Jacksonville, Florida.

Although a search of the area did not immediately lead to the discovery of the Cotopaxi, the Science Channel team reportedly later learned of a mysterious shipwreck off the coast of nearby St. Augustine which had never been identified. Known as the 'Bear Wreck,' the vessel had been explored by local divers for decades, including one individual who had collected a number of souvenirs from the ship. One of these items seemed to strongly suggest that the wreck was, indeed, the Cotopaxi and a subsequent dive at the stie strengthened the case as the measurements of the vessel matched that of the proverbial Bermuda Triangle victim, seemingly finally bringing the case to a close.