Home > Articles > Sign Calling on Officials to Prevent Alien Abductions Revealed to be a Hoax
June 14, 2021 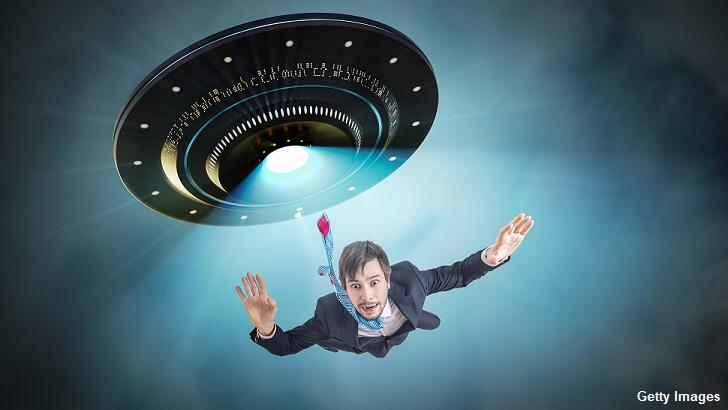 A photo of a sign purportedly lambasting local officials in England for not preventing alien abductions has been revealed to be a joke that took on a life of it's own. The odd notice, said to be located in the community of Sedgley, went viral over the weekend due to its very strange message: "3 alien abductions here in one week!! When are the council going to do something?" For their part, officials in the town expressed mystification over the puzzling plea and indicated that they planned to have the sign removed.

However, on Monday afternoon, council member Karen Shakespeare told a local media outlet that the notice was nowhere to be found. "We have checked for the sign and are confident it is not in Dudley borough," she said, offering the rather fantastic theory that, "we think there may be some confusion between the borough town of Sedgley and Sedgley Woods in Philadelphia." Fortunately, before conspiracy theorists could begin suggesting that the council was covering up alien abductions in the community, the true nature of the sign was revealed.

Artist Ash Loydon stepped forward later in the day with an explanation for the confusion, indicating that the photo was actually a joke that he had found online and posted to Twitter last week "mainly because I thought it was genuinely funny and kinda summed up my hometown" of Sedgley. After sharing the photo online, he "thought nothing else of it, until that is a few days later when it had amassed over a million views." The attention was so considerable, he said, that "I'd had to turn the notifications off as my phone was shaking."

Much to Loydon's profound shock, the picture subsequently sparked headlines around the world and, apparently, an extensive search throughout Sedgley and the surrounding area. After watching the sign become a sensation for a few days, the artist finally decided to tell the truth about what he'd accidentally done, writing that "I reckon it's time to announce that I'm sorry to say it's not real and, as I said, I only picked Sedgley as it's my home town and thought it would give people a giggle, never realized it'd go viral!"