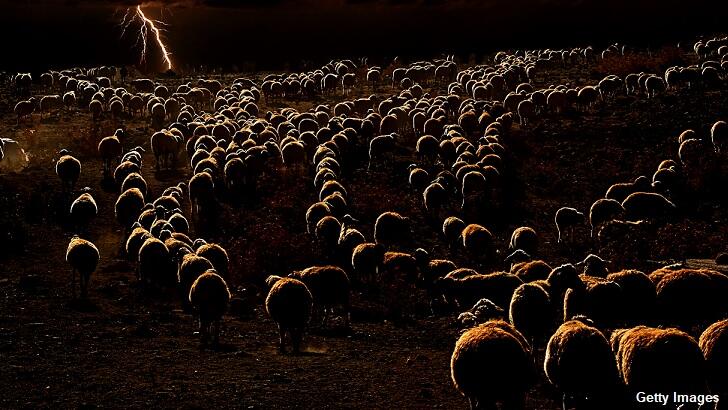 A bizarre case of mass carnage erupted on a mountain in the country of Georgia earlier this month when a single lightning bolt killed an astounding 550 sheep. The jaw-dropping incident reportedly unfolded in the community of Ninotsminda on August 9th when a thunderstorm passed over the area. Shortly thereafter, rancher Nikolay Levanov was informed by his sheepherder that a lightning bolt had wiped out a whopping 100 of the animals. Upon investigating the matter, the man was stunned to discover that an additional 450 sheep, which belonged to other farmers in the area and were grazing on the mountain at the time, were also killed in the bizarre weather event.

A nightmarish video from the aftermath of the storm shows a slew of the downed sheep scattered across the mountaintop as bewildered observers look over the haunting scene. Fortunately, the sheepherder was able to survive the incident with only minor injuries, but the farmers who lost livestock were, obviously, not so lucky. They are now hoping that local officials can somehow help to offset the enormous financial losses they will incur from the event. While incredibly rare, such incidents of lightning wiping out large numbers are animals are not entirely unheard of as, back in 2016, over 300 reindeer were killed in a similarly shocking event in Norway.