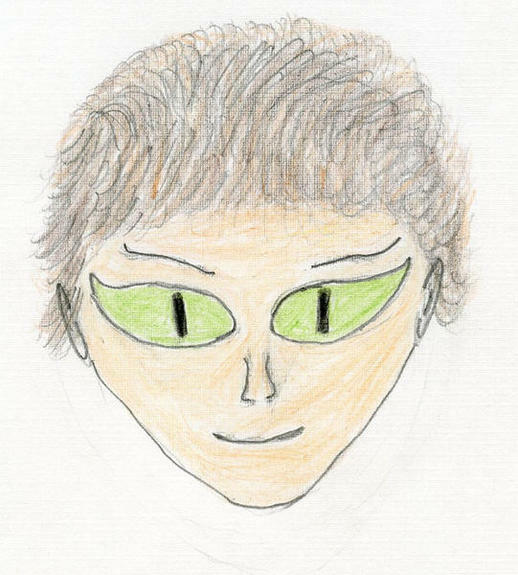 In tandem with her 5/29/14 report, Linda Moulton Howe shares this sketch by Helen Littrell done for Earthfiles on May 11, 2014, of the alleged ET/Human hybrid "Raechel," who was briefly the roommate of Helen's daughter in college. Raechel's alleged father was a USAF Colonel who described for Helen Littrell a U. S. government "hybridization program" that he was overseeing. Raechel was one of their ET/Human tests. She always wore big, dark sunglasses and spoke in a word-by-word monotone that was not natural to human ears. When her sunglasses slipped down "I could see huge, green eyes with vertical black slits," said Helen.