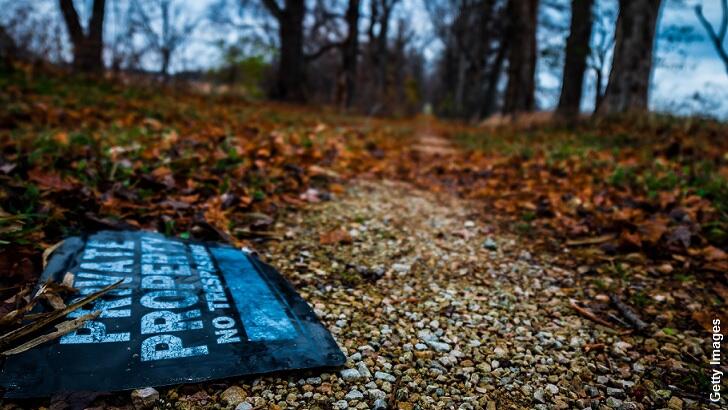 Once the site of an incredible array of anomalous events, the infamous Skinwalker Ranch has become plagued by a decidedly more human phenomenon: curious trespassers.

The mysterious location in Utah gained prominence in the paranormal community following the publication of C2C host George Knapp's book, co-authored with Colm Kelleher, Hunt for the Skinwalker.

In the 2005 work, the authors detailed how aerospace entrepreneur Bob Bigelow had purchased the ranch after he heard tales of incredible paranormal activity taking place at the site.

What made the Skinwalker Ranch unique is the sheer variety of odd events which had allegedly taken place there, including enormous phantom wolves encounters, thunderbird sightings, UFOs of any manner of size and style, and various mysterious animal deaths.

It's connection to Native American lore surrounding a purported curse invoking an entity known as the skinwalker only served to further fuel interest in this potentially one-of-a-kind site.

However, when he initially reported on the story a few years earlier, Knapp explained to readers that he was only able to write about the site because the paranormal activity there had seemingly ceased.

Nonetheless, news of the Skinwalker Ranch was like catnip to those curious about the paranormal and they soon began flocking to the site, much to the owners and residents' chagrin.

George Knapp recalled to UBMedia, "within a year of the book coming out, you had people just being jerks, walking on private property, walking up to the ranch house in the middle of the night, banging on windows, taking flash photos in the windows and scaring the hell out of the people who live there."

The extensive security measures at the site did little to deter unwanted visitors to the Skinwalker Ranch over the years and Bigelow subsequently sold the site to a holding company about which little is known.

These new owners hoped to enhance security by having the county shut down a road which cuts through the property, but officials turned down their request.

That may prove to be doubly troublesome to the proprietors of Skinwalker Ranch since news of the road proposal has thrust the site back into the spotlight, likely leading it to be discovered by another generation of misguided paranormal thrill seekers.

To that end, we suggest the security detail stock up on coffee with Halloween around the corner and the Skinwalker Ranch back in the news.

Coast Insiders can get an incredibly in-depth look at the Skinwalker Ranch story and many of the truly baffling events which took place there by checking out the 2/11/2007 edition of the program featuring Knapp and Kelleher discussing Hunt for the Skinwalker.