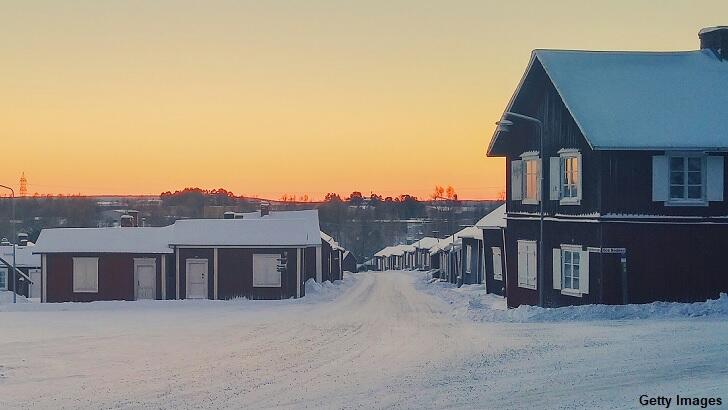 With the road outside his home having not been cleared for days following a huge snowstorm, a housebound Ukrainian man came up with an audacious plan to rectify the problem: confess to a fake murder so that police would have to plow his street in order to arrest him. The ill-conceived idea was reportedly put into action this past Saturday when the unnamed homeowner in the village of Grybova Rudnya called an emergency hotline and shared a rather grisly tale.

In the midst of a particularly vicious fight with his stepfather, the man told authorities, his temper got the best of him and he proceeded to stab the senior citizen in the chest multiple times. The unfortunate victim, the homeowner lamented, was now unresponsive on the floor and seemingly dead. Deeply repentant for what he had done, the man asked the operator to dispatch the police so that they could come and arrest him as well as remove his stepfather's remains.

However, he 'helpfully' cautioned them, the road outside his home had yet to be cleared following the recent storm and, therefore, the cops would need to be accompanied by a snowplow in order to ultimately take him into custody. Alas, it would seem that karma quickly got the best of the man as, in the brief window of time between when he placed the call and the police arrived at his home, a plow actually made its way down the street and freed him from his snowbound predicament.

As such, when the cops showed up at the residence to investigate the call, they did so with ease and soon learned that the murder confession had been an elaborate ruse concocted by the man in the hopes of getting his road cleared. While the authorities were presumably relieved that there had not been a brutal slaying in their community, they were also understandably irritated by the entire affair and charged the homeowner with filing a false police report.