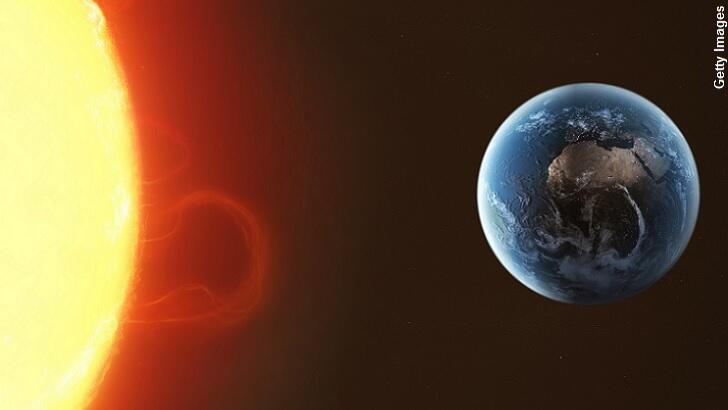 As if near-miss asteroid events on Halloween and Christmas Eve weren't enough, Earth is expected to be hit by a solar storm in the hours before New Year's Eve, possibly providing the holiday with some out-of-this-world fireworks.

The upcoming event was spawned by an M-class solar flare that erupted from the sun on Monday and caused radio blackouts in parts of Africa.

While only a relatively minor flare, it triggered a coronal mass ejection from the sun that is headed straight for Earth.

As of now, the solar storm is expected to reach the planet late in the day on December 30th and linger into New Year's Eve.

Fortunately, the geomagnetic maelstrom does not pose a serious threat to the planet, but it will provide folks in the Northern Hemisphere with the possibility of breathtaking Aurora Borealis to close out 2015.

Provided the phenomena are not a harbinger of things to come in 2016, they should make for an amazing and impromptu New Year's Eve show for anyone lucky enough to catch a glimpse.