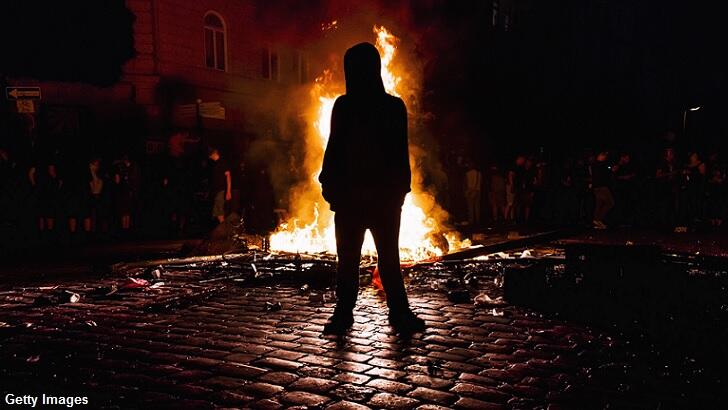 An unsettling incident in England last week saw a man die after inexplicably bursting into flames while walking down the street and has raised concerns that spontaneous human combustion may have struck again.

Residents living along a road in the city of Hull were stunned this past Wednesday evening when they spotted the fiery scene from their homes.

Their initial confusion over what could be burning turned to horror when they realized that it was a person!

Although some good Samaritans worked to put the fire out, the unnamed man passed away shortly after rescue workers arrived.

Beyond the traumatized witnesses who watched the nightmarish scene unfold, the man's death is particularly unnerving since authorities appear to be baffled by what caused the fire to start.

In fact, investigators say that they are not looking for anyone who could be connected to the case, but hope that someone who saw the inferno erupt can step forward with some answers.

The circumstances surrounding the man's death in Hull are eerily similar to another fatality caused by a mysterious fire which occurred in England a few months ago and made headlines in December.

As with that puzzling case, this recent event has spawned speculation that the Hull man may have died due to spontaneous human combustion.

Although the chance that the incredibly rare phenomenon could have taken the lives of two individuals over the course of just a few months may sound remote, it seems to be a strong possibility for now, based on what is known so far about the Hull case.

And, as noted in the past, since spontaneous human combustion exists largely in the realm of paranormal theory rather than scientific fact, it's highly unlikely that authorities will ever definitively attribute the fires to the controversial phenomenon.

As such, until or unless additional details emerge which could shed new light on the Hull man's death and point to a prosaic cause, one is left simply to wonder if he died due to spontaneous human combustion.

Coast Insiders can learn more about spontaneous human combustion by checking out the 12/27/2016 edition of the program featuring author and researcher Larry Arnold.