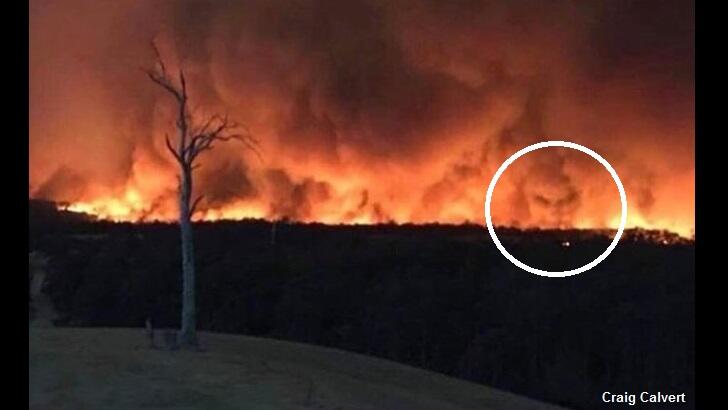 An Australian dairy farmer fighting to save his property from the wildfires that have devastated the country snapped a spooky photo that seems to show a demonic face lingering in the smoke. The unnerving image was reportedly taken by Craig Calvert during a thirteen-hour-long ordeal in which he fended off the inferno as it approached his home. "I'm not really into hokey pokey spooky stuff," he told an Australian media outlet, "but there's a big devil face right in the fire."

The dairy farmer indicated that he has had to keep the fire at bay five times so far and is bracing for an even bigger challenge as the inferno continues to rage near his home. "I'm shaking like a leaf because I know what we're in for," he mused, "it's coming back." While the demonic face found in Calvert's picture is undoubtedly a product of pareidolia, it also serves as something of a haunting symbol for the sheer destruction wrought by the wildfires which have killed 20 people and wiped out half-a-billion animals so far with seemingly no end in sight.