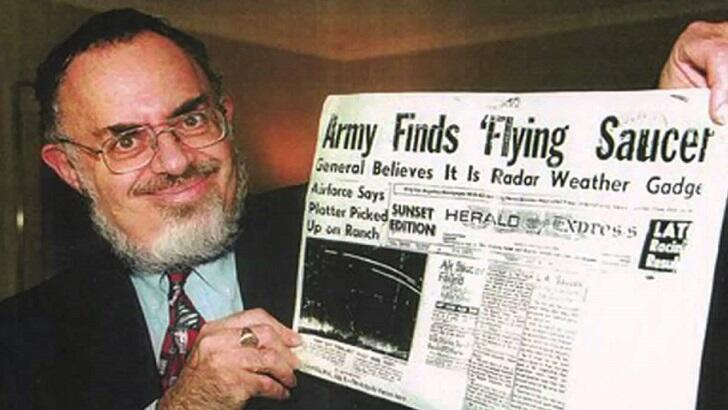 An enormous cache of files, records, and correspondences amassed by the late UFO researcher Stanton Friedman throughout his epic 60 years of researching the phenomenon is being cataloged by professional archivists in Canada. According to a report from Motherboard, the project began back in January when staff at the Provincial Archives in New Brunswick, where Friedman lived, heard that the iconic advocate for the reality of flying saucers had announced his retirement. In response, they asked if he would donate his collection of UFO material to the archive for preservation and he agreed to the thoughtful proposition.

As one might expect, the total amount of UFO material collected by Friedman over the last sixty years proved to be considerably voluminous. By way of a staggering five cargo vans, a jaw-dropping 300 or so boxes of paperwork were delivered to the office of the Provincial Archives and they expect even more files to arrive over the next few weeks and months. Archivist Joanna Aiton-Kerr told the CBC that if they lined up all of the material they've received so far it would stretch a stunning 200 feet.

Upon receiving the documents, the archivists soon realized that they have a rather daunting task on their hands as Friedman had never organized his collection of files. "We can find a single page of a letter or document in one pile," Kerr told Motherboard, "another page somewhere across the room, another page tucked into a book, and so on." Since Friedman's material constitutes thousands of pieces of paperwork and the cataloging project is one of many underway at the archive, Kerr cautioned that it could be quite some time before they are finished sorting through all of the files, documents, and letters contained in the collection.

According to Kerr, the staff at the Provincial Archives spend one day a week, which they call 'Friedman Fridays,' working on the project. In a testament to just how long the job of organizing the collection might take, she estimated that, at the current pace, it could be a decade before the full range of material is available to the public. And, even if they were afforded two full-time archivists to focus solely on the Friedman collection, which seems to be more wishful thinking rather than a genuine possibility, Kerr posited that it would still require around three or four years of work to complete.

The project took on additional special significance, beyond the unique nature of the collection, when Friedman sadly passed away in May. "We definitely feel the pressure to make it available as fast as we can," Kerr said, "but we also want to do the work right." To that end, the organization of the papers will eventually be completed and, when finished, will undoubtedly wind up being the largest collection of UFO material ever to be curated by professional archivists and a truly fitting tribute to the man fondly remembered by many as the Father of Modern Day Ufology.