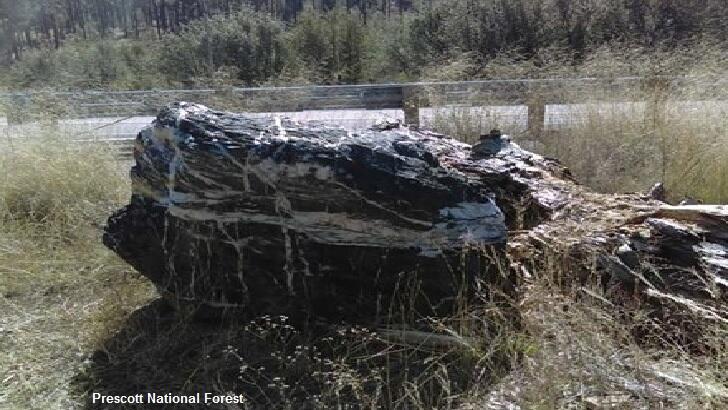 A beloved one-ton boulder that was stolen from a national forest in Arizona last month has been mysteriously returned. Dubbed 'Wizard Rock,' by local residents, the disappearance of the enormous landmark made headlines last week when officials from the Prescott National Forest announced that it had gone missing and asked for the public's help in solving the case. The most perplexing aspect of the caper, of course, was how the thieves managed to make off with the massive boulder undetected.

While the answer to that question remains a mystery, it would appear that the case has come to a close in a rather fortunate manner. Shortly after the story of the stolen stone went viral, a national forest employee on patrol reportedly discovered that the thieves had actually brought the boulder back at some point during the night of Halloween. The strange way in which 'Wizard Rock' both vanished and then reappeared was not lost on the Prescott National Forest, as one official joked with the Washington Post that "maybe it's magical."

He went on to theorize that perhaps the people who stole the boulder did not realize just how significant it was to the local community and, upon learning that it was a popular landmark and tourist destination, decided to return the rock rather than wind up in trouble over the misadventure. Officials with the national forest are now considering moving the stone to a secure location in order to prevent it from being taken again, especially since all the publicity surrounding the initial theft of the boulder could very well inspire future pranksters to try their hand at stealing 'Wizard Rock.'