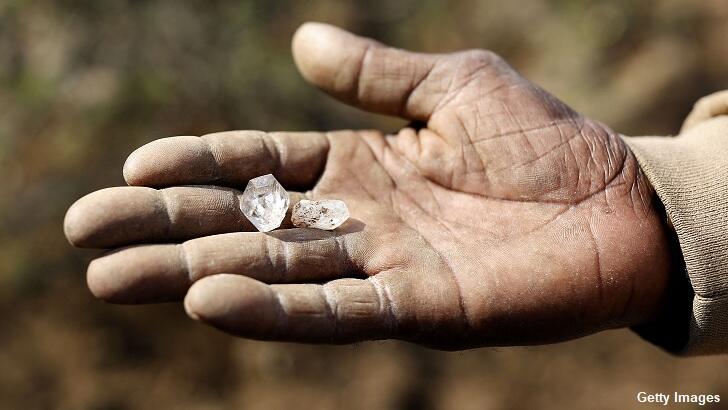 In a not altogether surprising turn of events, an analysis of the 'mystery stones' which set off a veritable 'diamond rush' in South Africa has determined that the gems in question were merely quartz crystals. For the last week, the community of KwaHlath has been besieged by individuals hoping to unearth diamonds after a cattle herder discovered some peculiar crystal-like rocks that many people suspected were precious gems. Despite government officials cautioning that the stones which kept being unearthed in the town were almost not diamonds, this did not stop thousands of people from journeying to the area in the hopes of getting a piece of the proverbial action.

Sadly, their dreams were definitely dashed on Sunday when an official with the country's Economic Development, Tourism, and Environmental Affairs department reportedly announced their findings from studying the stones at the center of the strange affair. "The tests conducted conclusively revealed that the stones discovered in the area are not diamonds as some had hoped," Ravi Pillay said, "in fact, what has been discovered are quartz crystals." Adding insult to injury, the official shared the painful observation that "the value of quartz crystals is very low compared to that of diamonds."

Despite the government debunking the 'diamonds' that had been discovered in KwaHlath, a local media report indicated that approximately 200 people returned to the field on Monday to continue digging. Many of them reasoned that even if the quartz is considerably less valuable than they had originally thought, the stones could generate some much-needed income, since they are out of work and struggling financially. Be that as it may, authorities have issued a stern warning to the remaining treasure hunters that their actions are both illegal and could cause the additional spread of the coronavirus in South Africa.