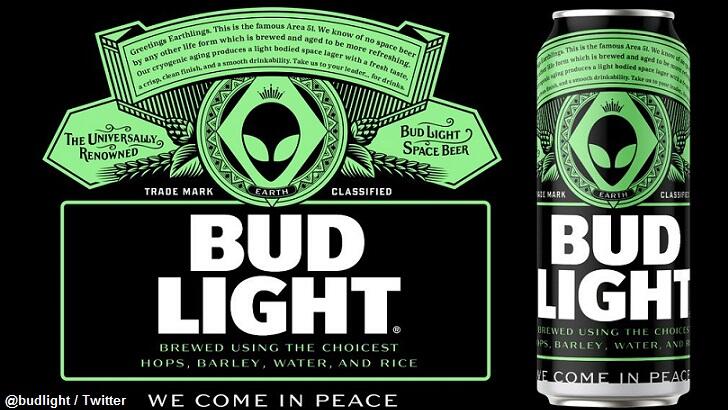 In what shouldn't be a surprise to anyone who has spent much time on the Internet, the 'Storm Area 51' viral sensation has inspired a slew of copycat 'events' and a vast array of weird headlines related to the craze. The Facebook prank suggesting that UFO enthusiasts try to enter the clandestine facility en masse on September 20th has become a bonafide phenomenon in the last week as over a million people have now jokingly pledged to participate in the foolhardy endeavor. Over the course of the week as the concept garnered countless headlines in the media, a myriad of memes and 'tributes,' including some crafted by celebrities, circulated online.

Much like many great American ideas, 'Storm Area 51' eventually made its way across the Atlantic with Parliament and 10 Downing Street among the tongue-in-cheek targets proposed by Britons. On a more serious note, a 'storm' event in Tasmania drew so much attention that authorities were actually forced to hold a press conference in order to squash the idea. And, not to be outdone, some imaginative paranormal enthusiasts have offered up a target that may be even more tantalizing than Area 51 as there is even a movement afoot to 'Storm the Bermuda Triangle.' The joke has become so widespread that there's a good chance that searching for a September 20th Facebook event near your town will yield some kind of localized version of the concept.

As for the event that kicked off the frenzy in the first place, 'Storm Area 51' spawned increasingly strange headlines throughout the week. A bookmaker in the United Kingdom announced odds on how many people will wind up being arrested while trying to enter the facility on September 20th. Celebrity chef Guy Fieri promised to feed 'radioactive ribs' to anyone who attends the gathering. Bud Light declared that they will give free beer to any aliens that make it out of Area 51 and even unveiled a commemorative can devoted to the craze.

C2C's George Knapp managed to track down the creator of the event and found out what he thinks of the joke that's gone wildly awry while all manner of enterprising individuals figured out ways to profit off of the madness by quickly rolling out various pieces of 'Storm Area 51' merchandise. That said, like all viral sensations, the phenomenon is likely to be fleeting as denizens of the Internet turn their attention to new distractions like the Face App's wildly popular aging filter and whatever the next 'big thing' will be in a few days time. Be that as it may, it seems almost inevitable that something will happen on the outskirts of the facility on September 20th, even if it's just a bunch of reporters showing up to see if the summer's by-then-forgotten craze comes to fruition.