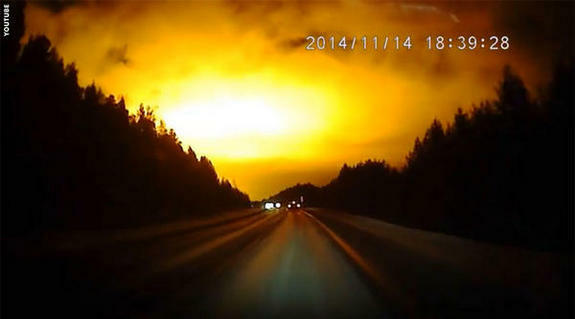 A Russian motorist's dashcam captured a mysterious flash that lit up the night sky over the Ural Mountains last Friday. "For a few moments night turned into dazzling day, then everything went dark again," one witness told The Siberian Times. Some have speculated a missile explosion or object from space caused the bright flash but meteorologists and scientists are baffled by the phenomenon. The strange light was not accompanied by sound and, according to a local observatory, nothing fell from the sky that day. Check out the video here.

Mark Anthony, the "Psychic Lawyer," discussed haunted real estate, including the infamous Lizzie Borden house, as well as communicating with the spirits of ancestors. Open Lines followed in the latter half of the show.