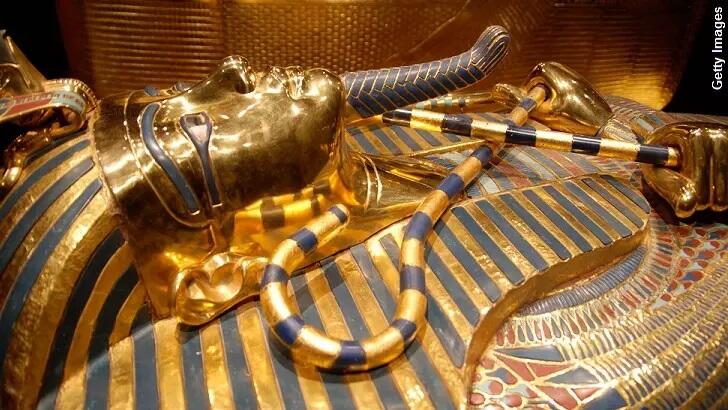 A series of strange events that have occurred in Egypt over the last week has sparked speculation among residents that perhaps the country has been struck by a pharaohs' curse ahead of a forthcoming parade of royal mummies. The most high-profile incident took place last week when a massive cargo ship became stuck in the Suez Canal and effectively stopped traffic through the critical waterway until finally becoming free on Monday. However, that headline-making predicament was just one of several odd events which have reportedly caused some Egyptians to express concern that bad luck has befallen their country.

Beyond the stuck cargo ship, last week saw a train crash that killed a staggering 39 people, the collapse of an apartment building wherein 18 people perished, and a massive fire at a railway station which thankfully did not result in any deaths, but did cause considerable chaos. Taken together, the spate of unfortunate events has led some residents to put forward an intriguing supernatural source for their country's current consternation: a pharaohs' curse. Specifically, they point to a much-anticipated national event set to unfold this coming Saturday wherein 22 royal mummies from the Egyptian Museum will be transported to their new home in the National Museum of Egyptian Civilization.

The elaborate procession has been dubbed the 'Pharaohs’ Golden Parade' and will see the ancient remains of the former Egyptian rulers transported through the streets of Cairo complete with celebrity guests, musical performances, and various other forms of pageantry. The event will be broadcast on television around the world and is designed to be an enormous advertisement for the historical wonders which can be found in the country. As such and as one might imagine, officials in Egypt have been quick to dismiss fears that there is a pharaoh's curse afoot with former Egyptian Minister of Antiquities Zahi Hawass declaring that "the occurrence of these accidents is just fate and there is no connection between them and the mummies at all."

He went on to note that he personally attended several of the excavations in which the royal remains were recovered and suffered no ill fate from his role in the work. Hawass theorized that deaths associated with the removal of the ancient rulers were likely caused by mold contained within the bodies which led to fatal bacteria forming on the walls of some of the tombs. Additionally, he indicated that injuries attributed to the removal of the mummies could also have been the result of ammonia gas that escaped from their coffins. For the sake of the Egyptian tourism industry as well as the spectators in attendance, we hope Hawass's explanation is correct and that the Golden Parade unfolds without any problems on Saturday.